Connect with thousands of Twitter users automatically each month

For a limited time plans are 50% off

If you make things the world needs to see or hear, Hyperjump is for you.

Work closely with a dedicated Account Manager to achieve your growth goals. Together you will develop a compelling message or offer and determine the best users to target. ➡️

In addition, users with notifications turned on will get a notification, which means most users will see and read your message immediately.

You can even tweet your current followers to keep them up to date and engaged. ➡️

For a limited time all plans are 50% off.

Hyperjump is Invite Only

Twitter it a great place to build a strong fan base and should be a priority. It has millions of people who have above average incomes and are use to making online purchases.

Twitter boasts over 330 million monthly active users. Of these, more than 40 percent, or more specifically, 145 million, use the service daily. (Twitter, 2019)

Your profile information and media, tweets, direct messages, followers, accounts you are following, and any lists you have created are all backed up to a ZIP file.

We can set you up and even provide with tips and free resources to be successful without any extra work.

If you’re ever unsatisfied with our product for any reason, just contact our support team and we will find a solution for you.

Supporting our talented and outstanding online community is a priority here at Hyperjump.

So, we will be regularly awarding $1,000 of Hyperjump credit to deserving creators and entrepreneurs.

Apply below and share this page with your own creator community!

Based in Washington, DC.

We will have a strong preference for candidates who live in or will relocate to the Washington, DC area, although we are willing to talk to exceptional candidates who meet our above requirements but need to work elsewhere in the US.

Applicants of all backgrounds and identities are encouraged to apply.

Sign up to stay updated on future job positions.

What type of messages or offers do you recommend?

If you’re ever unhappy with our product for any reason, just contact our support team and we’ll take care of you. 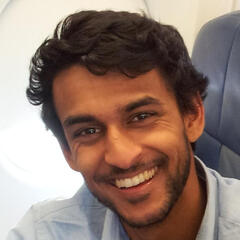 "I was posting great content. But nobody was seeing it. With Hyperjump people actually see my stuff and engage with it." 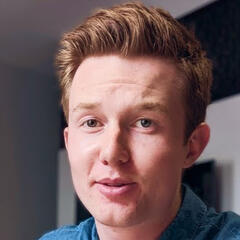 "The majority of my following was on Instagram, which scared me. What would happen if Instagram changed the rules or disappeared like Vine did? I used Hyperjump to build up my Twitter and email newsletter following."

"If you are copying what everyone else is doing, you'll never get ahead. That's why we took a chance on Hyperjump."

People need to know about you to support you.

Jon is in a rock band. In order to be successful and continue his dream, he needs more people to stream his band's songs on Spotify.

So, he makes a playlist on Spotify featuring the bands most popular songs. Then uses Hyperjump to tell thousands of people about it, encouraging them to give it a listen.

Jon sees a jump in songs played on Spotify and followers across all the band's social media profiles. More people are signing up for the email newsletter as well.

✓ A check for items

✓ A check for items

✕ A cross for items

NEW This is a new item coming up